You are not connected. Please login or register
5 posters

Her is a pic when I first got my 1978 Chevrolet Bel Air. Now is wearing dog dish hub caps and 20% tinted windows all around.

Welcome to the forum!  I think you're the first Bel Air owner to join up here.  Cool!

Very nice car!  Your pic didn't post, but I checked out your avatar. It appears to have been well cared for by it's previous owner(s).  Do you have any mods in the works or are you like me and like to keep them fairly close to stock?

Nice I didn't know they made Bel-Air past the early 70s must be a Canadian only. Either way looks good in the

tiny pic have a bigger one?
78i6belair

Hi to all members!
Im glad that I found this forum pertaining to these great automobiles. I look forward to sharing all he info I have gained over the last four years since I have owned this unique B body.

Im currently trying to figure out how to upload pics??

I had no idea these base model car existed either until I spotted one in high school. I have always like base model RWD domestic cars from the 60's, 70's and 80's especially ones with a manual trans. I have counted 4 other Bel Airs that are in my town to date and one is a 2 door coupe with the LM1 350 V8

I have actually had other people tell me at car shows, swap meets that my car must be a clone and no 77 and up downsized chevrolets ever used the "Bel Air" nameplate!!

I have always felt that Oshawa (Canadian built) GM products from this time period were better built than the US counterparts but I have spent considerable time fixing various quality mass production issues that have cropped up as the vehicle ages.

My Interior is in very good shape and I have only had to replace the headliner and reseal the back window. I also scuffed the rear package tray and applied felt like fabric and added a rear speaker. I had to remove the entire heater box unit to reseal the heater box to firewall gasket as it was leaking rain water in the pass front floor area. What a big job that was but during the overhaul I sourced a complete 1985 Caprice heater box assembly with newer blower motor, heater core and a mint control lever from the local wrecking yard for a nice free99 special

It appears GM went back to the drawing board during the 1980 makeover and improved upon the design and function of the base non A/C heater box as you can now shut the blower motor off completly, get blower motor air circulation through the center two vents when the mode lever is set to "vent". Has anyone ever noticed this on the newer B cars? Sorry for the long reply post lol.
78i6belair 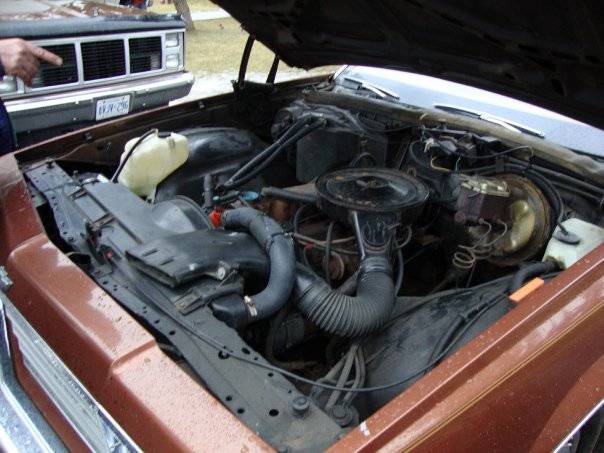 Here is a shot of the 250 straight 6 engine. This pic was taken right when I picked the car up at the original owners home.
So much room to work on it and wow it runs so much better after I got my hands on it. I still cant believe I made it home from Burlington to London with its then current state of tune. 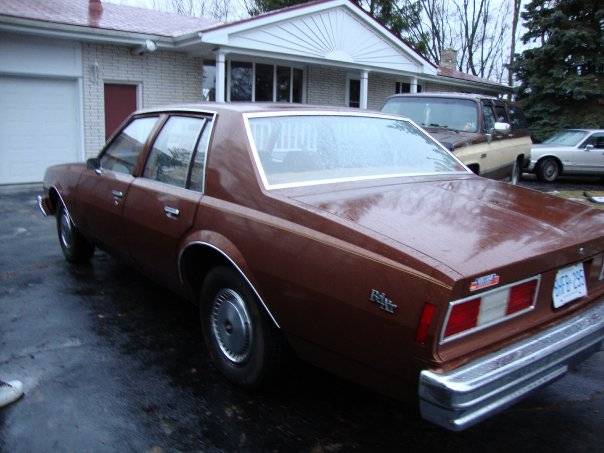 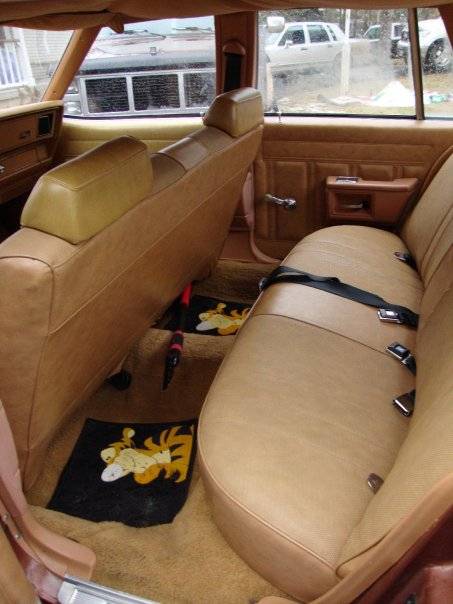 Interior shot. Tigger floor mats and sagging headliner and sail panels have been removed and repaired. Stupid F&@^ heads at Apple auto glass redid the headliner after my attempt failed when the glue I used failed when the temps dropped well below freezing, boy was I pissed but nothing compaired to how mad I was when I went to pick my car up after work. Scratched window tint, shorted out the dome light, gaps everywhere and creaks and moans over rough roads

Im going to take some more pics today as Im in the middle of painting the factory Kelsey Hays 15 inch steel wheels body colour.
last weekend I found a complete set of factory correct dog dish caps that are mint condition for a cool $50.

Does anyone know for sure that if a B body car came equipped with base dog dish hubcaps, did the factory paint the steel wheels
body colour?? If you look at cars from movies and literature from back in the day it would appear that they are but dont know for sure.
78i6belair

Sweet Seventy9 wrote:Welcome to the forum!  I think you're the first Bel Air owner to join up here.  Cool!

Very nice car!  Your pic didn't post, but I checked out your avatar.  It appears to have been well cared for by it's previous owner(s).  Do you have any mods in the works or are you like me and like to keep them fairly close to stock?

You may not know it but you're lucky having a Canadian built car.  The interior plastics are superior to the US made parts and don't get all chalky and crumbly as easily.  Got any spare door armrests you want to sell, lol?

Thanks for the compliments!

The car sat for 16 years from 1992 to 2008 in a garage unused and not really cared for. It has many small dents and the fuel system needed a complete overhaul, rebuilt carb, new fuel tank and pump, all new rubber hoses but all of the factory fuel and brake lines are intact. One major selling point for me was the fact that this car is very rust free and solid due to it being oil sprayed every year since new. No joke I can scrape away built up undercoating off the frame and still see black paint!!

I currently dont have any door armrests in my collection of parts(wich btw isnt very much lol) but the yards around my place have some Im pretty sure. 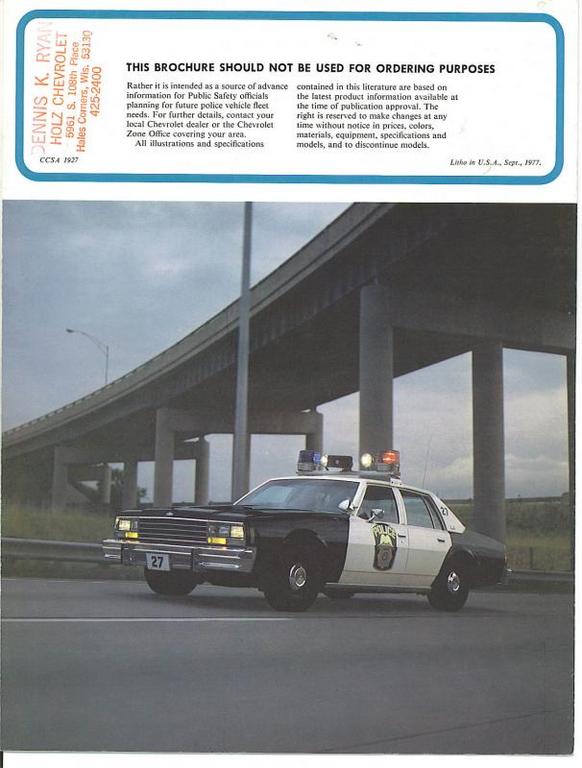 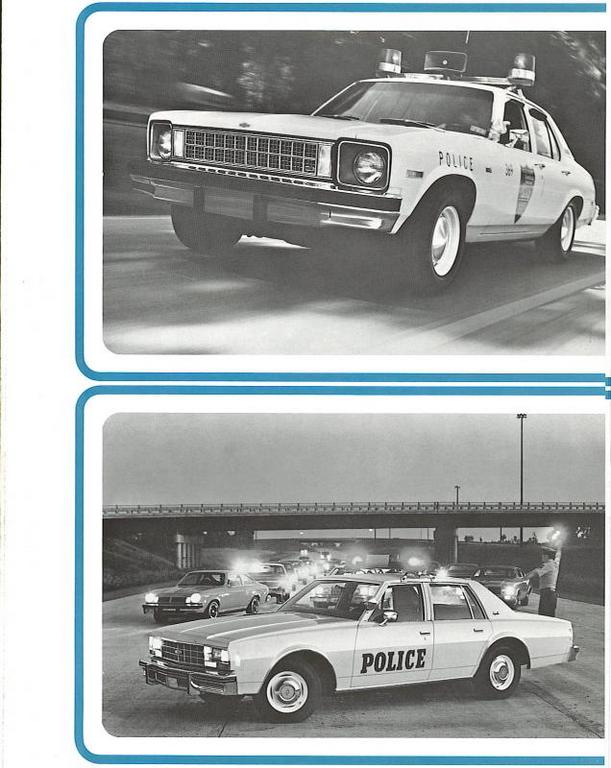 Hey everybody look closely!!  This is what a rear center bumper filler looks like!  LOL!

As I learn more and more about these cars I now realize how almost none of these cars retain the original bumper filler piece. This photo was taken in Feb in 2010 and the last remaining filler piece just fell off!!

I would like to fix this as the gap is unsightly but I have heard the repro part is junk, is this true?

Im slightly confused about the US/Canadain model line up for the 1977-79 years. Im pretty sure this is how it breaks down;
In Canada the Chevrolet line up was as follows, Bel Air, Impala and Caprice.
Pontiacs in Canada started with the Laurentian, Catalina and Parisienne.
Correct me if Im wrong lol.

So if I ordered a new, lets say 77 impala with no extra options would this car come from the factory wearing dogdish hubcaps and body coloured matched steel wheels? 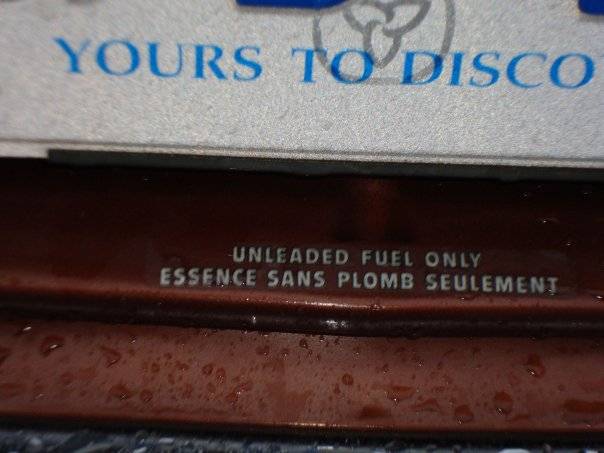 Here is a pic showing its once intact greatness lol. If I knew how rare of a intact part this was I would have tried to save it!
Sweet Seventy9

!! I learned something new today. I didn't know the Pontiac brand was even sold in Canada. I thought they were all sold under the Chevrolet name.

My rear filler was in great shape when I bought my 79, but like yours it fell apart over the next couple years. I purchased one of the 1st design fillers from RP and it was nothing more than an expensive POS piece of fiberglass that doesn't even come close to proper fitment. Pics are here: https://www.gmbbodyforum.com/t8-bumper-filler

It looks like they now have a 2nd design.

I've searched a lot of forums looking for more info but it seems that either nobody has purchased one, probably due to RPs bad reputation, or the 2nd design is as bad as the 1st and people are embarrassed to admit they bought it. IDK. All I do know is that nobody is talking about it.

Oh heck no. Pontiacs were very big sellers in the 60's and 70's in Canada and almost all were built in the Oshawa GM plant. Unique thing to Canadian built Pontiacs is that they were equipped with Chevrolet drivetrains and chassis with Pontiac sheet metal resting on top so to speak. It gets blurry tho when your trying to hunt down specifics.

That sucks that you purchased that filler piece off the net, waited for it to ship, paid shipping and it turned out to be a POS!
Like you said tho, no info on the net about the second design. I went to Lowes yesterday to try and find that baseboard trim you used to fab one up but I had no luck finding something that would work!! 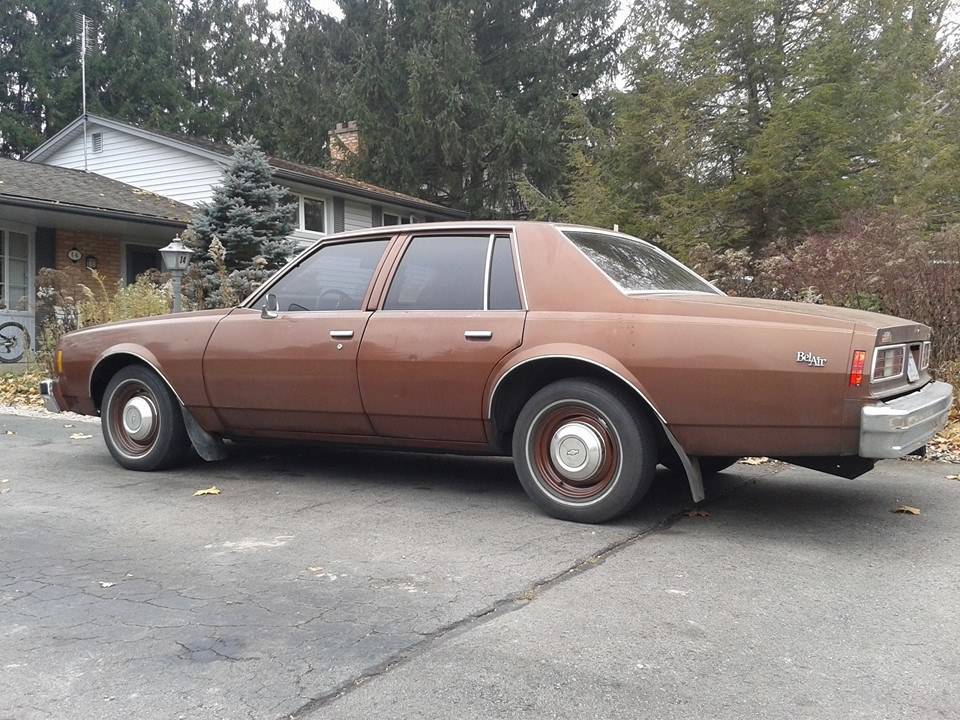 Hey thanks. I always new these were probably the rarest of the 1977-79 B cars and so far I have never seen another one like it.
Sweet Seventy9

[quote="78i6belair"<snip>I went to Lowes yesterday to try and find that baseboard trim you used to fab one up but I had no luck finding something that would work!![/quote]

Check with Solo79. He's actually the person that used the molding.

Ok thanks and will do. I think I found the piece but not quite sure.

Ya I feel they turned out great and I am pumped that I found a set of O.E style dogdish hub caps to finish the look, reminds me of a taxi lol.

I will post some pics but I picked up a set of 99 Chevy S10 5 spoke alloy 15x7 alloy rims to use as winter wheels. They are pretty corroded so I used this stuff called "plasti dip" and coated them silver. Had a hell of a time finding correct wheel nuts with the outside threads to use the stock oem centre caps. I have the Doorman PN if anyone needs it.
DanR1245

Has anyone talked to 78i6belair recently? I can't seem to send him a private message....
78i6belair